The PEN-3S project (Portuguese elderly nutritional status surveillance system) was kicked-off with its inaugural public presentation on the 16th of June 2015, at the Faculdade de Medicina da Universidade de Lisboa.

The opening session was held with Professor Miguel Castanho, Deputy Director of the Faculty of Medicine, University of Lisbon and Professor Fátima Reis, representing the Environmental Health Institute of the same institution. 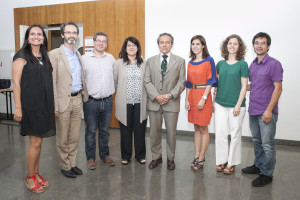 Professor João Gorjão Clara, main researcher of the project, led the audience on a journey through the evolution of the ‘old age’ concept arriving at the role of the “elderly in contemporary society.

The Executive Coordinator of the PEN-3S, Dr. Teresa Madeira, presented the research objectives and methodological aspects. She highlighted that the project includes two components: the nutritional status assessment of elders and the development of an electronic nutritional status surveillance system. Within the first component, to be conducted in articulation with the National Food Survey, several particularities of the study’s population were mentioned and it was pointed out that the PEN-3S includes institutionalized elders.

The session, more than presenting the project, aimed to provide an opportunity to involve stakeholders with an interest in this subject and to promote the debate on methodological details of the investigation, particularly on the development of a nutritional status surveillance system for the elderly. The shared experiences and the audience’s enthusiasm reflected the challenge we are facing. It highlighted the need to acquire knowledge on the elderly’s nutritional status and its determinants and, above all, to understand strategies to prevent malnutrition among this particularly vulnerable population. 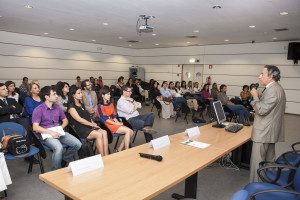 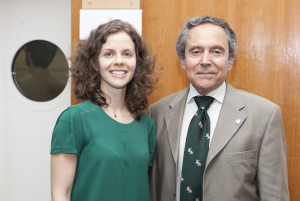